We can configure this routing between VLANs in almost every Cisco layer 2 and 3 switches, Like 2960, 3560 etc. Catalyst 6500 and 6000 Series that also run Cisco IOS  support basic Inter VLAN routing features in all their supported IOS versions. Before you attempt this configuration on a 3550 series switch, ensure that you meet these prerequisites: 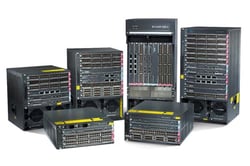 Let's look at the following example of Inter VLAN routing: 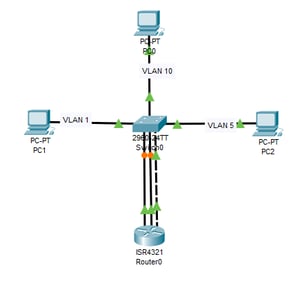 Each VLAN is its own subnet and broadcast domain, which means frames that broadcast onto the network are only switched between the ports within the same VLAN. For Inter-VLAN communication, a layer 3 device (usually a router) is needed. This layer 3 device needs to have an IP address in each subnet (VLAN) and have a connected route to each of those subnets. The hosts in each subnet can use the router's IP addresses as their default gateway.

Three options are available for routing between VLANs: 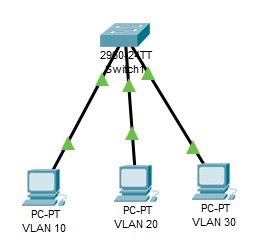 Before we get started with the specific configurations, ask yourself a couple of questions:

If you answered "No" to these questions, consider PivIT's SmartHands through EXTEND. Hire an engineer to take on these basic configurations and more. Click below to learn more about SmartHands.


Step 1: Create VLANs On Your Switch

As shown in the example, we have created VLANs on the switch and host name is PivIT-Global-Switch.

As shown in the example, we have just assigned IPs to all three VLANs. We are now done with Inter-VLAN routing.

Verify that we can ping all the VLANs by taking any one PC1 for verification:

As shown above, you'll can see that VLAN 10 PC can ping 10.0.20.1 indicating Inter-VLAN routing is established.

If we want to check switches' VLAN IP address we can verify by 'show IP interface brief' command: 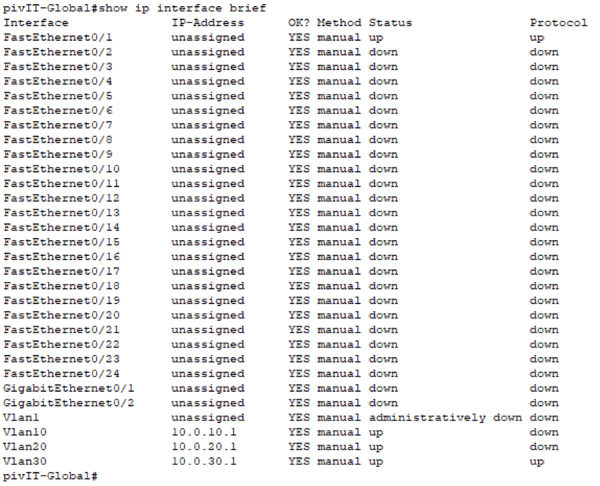 Questions, comments, concerns? Reach out and start a conversation by leaving a comment below and don't forget to subscribe to Tech Corner Updates!