When operating within Cisco’s Unified Computing System (UCS) you have the opportunity to bring the integrated fabric into the blade server enclosure through fabric extenders. These extenders provide ethernet connectivity between the blade servers and the fabric interconnection, simplifying diagnostics, cabling, and overall management. Today, we’ll dive into two of Cisco's UCS 2000 Series fabric extenders, put them side-by-side, and walk through what you can achieve in your network. Let’s dive in!

Really quick, if you are new to the UCS space, take a look at a couple other UCS products we've featured. Whether you're looking at a blade or rack server, check out the UCS C220 M5 product highlight or comparison between UCS B200 M4 and M5 servers!

Shared Features within the 2000 Series

Since the fabric extender is similar to a distributed line card, it does not perform any switching and is managed as an extension of the fabric interconnects. This approach removes switching from the chassis, reducing overall infrastructure complexity and allowing Cisco UCS to scale to many chassis without multiplying the number of switches needed, reducing TCO and allowing all chassis to be managed as a single, highly available management domain.

As mentioned above, both series (2200 & 2304) fit into the back of the UCS 5100 Series Chassis with each chassis supporting up to two fabric extenders, enabling improved capacity and redundancy. Each Fabric Extender controls the chassis environment (power supply, fans, and blades) in concurrence with the fabric interconnect. Therefore, separate chassis management modules are not needed.

The Cisco UCS 2208XP Fabric Extender has eight 10 Gigabit Ethernet, FCoE-capable, Enhanced Small Form-Factor Pluggable (SFP+) ports that join the blade chassis to the fabric interconnect. Each Cisco UCS 2208XP has thirty-two 10 Gigabit Ethernet ports connected through the midplane to each half-width slot in the chassis. Typically configured in pairs for redundancy, two fabric extenders provide up to 160 Gbps of I/O to the chassis.

The Cisco UCS 2204XP Fabric Extender has four 10 Gigabit Ethernet, FCoE-capable, SFP+ ports that connect the blade chassis to the fabric interconnect. Each Cisco UCS 2204XP has sixteen 10 Gigabit Ethernet ports connected through the midplane to each half-width slot in the chassis, similar to that of the 2208XP. The 2204XP is configured for redundancy as well with two fabric extenders provide up to 80 Gbps of I/O to the chassis.

The Cisco UCS 2304 Fabric Extender has four 40 Gigabit Ethernet, FCoE-capable, Quad Small Form-Factor Pluggable (QSFP+) ports that helps join the blade chassis to the fabric interconnect. Each Cisco UCS 2304 can provide one 40 Gigabit Ethernet ports connected through the midplane to each half-width slot in the chassis, giving it a total eight 40G interfaces to the compute. Typically configured in pairs for redundancy, two fabric extenders provide up to 320 Gbps of I/O to the chassis. 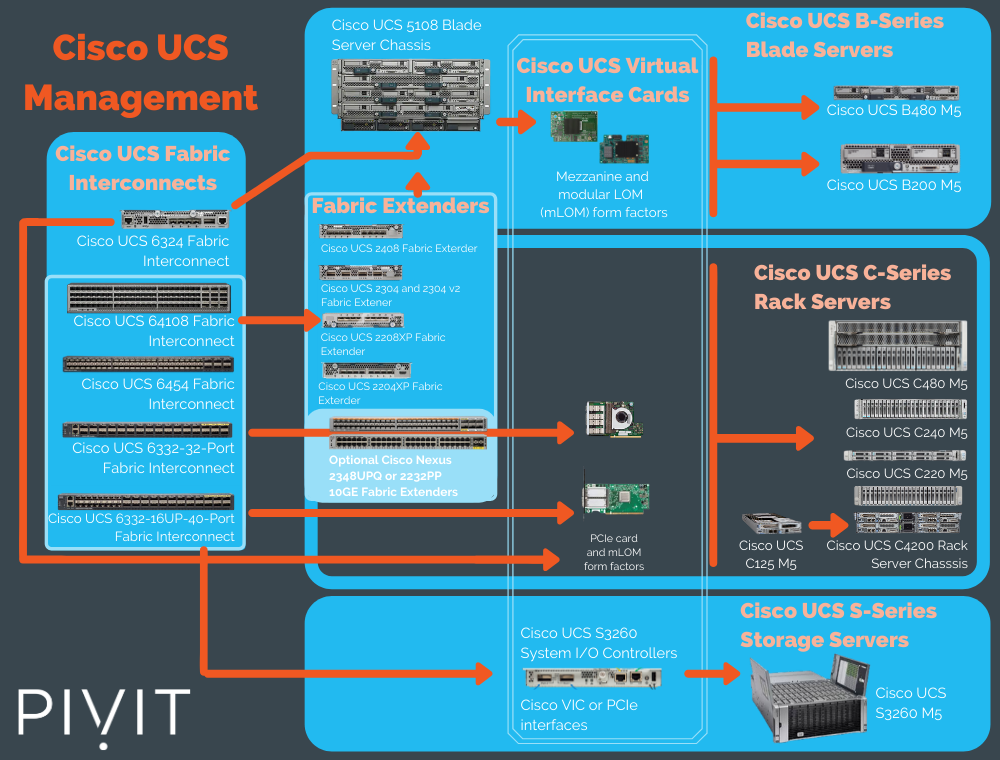 SingleConnect provides one connection for:

The 2200 and 2304 both give you the flexibility to expand your network as needed providing similar functionality, though when it comes to performance you see the primary difference. The hardware forwarding of the 2200 caps at 640 Gbps while the 2304 pushes itself up to 960 Gbps.

Leave a comment, question, or concern below. We created the Tech Corner to connect with you on UCS 2000 series fabric extenders, product discussions, configurations, product comparisons, and provide you with information about the industry! Subscribe to the Tech Corner today!