A Quick Guide to EIGRP Configuration with Stub Routing

The EIGRP stub routing feature improves network stability, security, and reduces resource utilization. Stub routing is commonly used in only hub-and-spoke network topologies. In a hub-and-spoke network, one or more end (stub) networks are connected to a remote device (the spoke) that is connected to one or more distribution devices (the hub). Today, we'll take a look at configuring EIGRP configuration with Stub Routing and share a tool to test your networking capabilities! 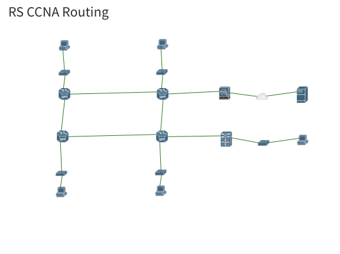 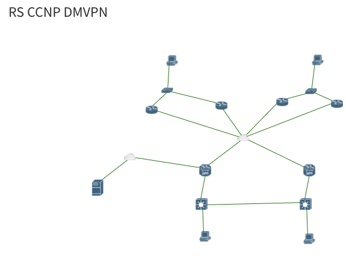 When using the EIGRP stub routing feature, you need to configure the distribution and remote device to use EIGRP and configure only the remote device as a stub. Only specified routes are propagated from the remote (stub) device. The stub device responds to all queries for summaries, connected routes, redistributed static routes, external routes, and internal routes with the message “inaccessible.” A device that is configured as a stub will send a special peer information packet to all neighboring devices to report its status as a stub device.

A device that is configured as a stub with the EIGRP Stub command shares connected and summary routing information with all neighbor devices by default. The six following keywords are used to modify EIGRP routing behavior.

With under commands, the configured device act as a stub that advertises connected and summary routes:

We can also configure redistributed stub router with under commands

If you configure the receive-only option, you can’t include any of the other options on the above list.  If you just configure the router as a stub and don’t specify any option, the default behavior is to share connected and summary routes. It is configured to devices behaves as receive only and commands are given below

Below are the Cisco support IOS in which you can configure the EIGRP stub routing configurations. 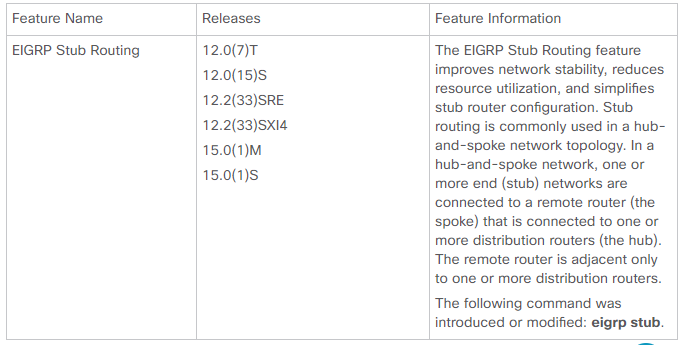 In the Virtual space, we have built four labs targeted specifically to various tests, networks, and skills before you put anything in place in your network. You have the opportunity to dive into EIGRP along with other protocols such as, OSPF, BGP, RIP, etc. We have a CCNA Routing specific lab along with a CCNP DMVPN lab.