The Complete Solutions Guide to a Redundant Switched Topology – Pt. 2

We've all experienced the frustrations of a popular application, such as Slack, Microsoft Teams, or other SaaS products going down due to network issues. Many of these applications and services have stringent network requirements, so their networks must support uninterrupted communications at all costs.

Implementing redundancy in a network is essential to providing active paths between communicating devices during device/link failures.

In Part Two of this article, we will explore:

Go here to read Part One in this series

If you're looking to purchase new switches, view some of our comparison guides:

The STP is a Layer 2 protocol that ensures a loop-free and reliable redundant topology and is enabled by default on all Cisco switches. Since its development in the 1980s, the STP has received many improvements to satisfy modern network requirements.

Some improvements were required to speed up slow convergence or simplify the operational approach for switches with limited hardware resources. Also, some upgrades addressed network segmentation due to common multi-VLAN implementations.

Let's look at each STP variant and get a better picture of its functionalities, benefits, and limitations.

STP is the legacy standard protocol that provides a loop-free topology in a network with redundant links. STP works by creating a single Common Spanning Tree (CST) instance for the entire bridged network, regardless of the number of VLANs configured on the switches.

As a result of using just a single process or instance, there is only one root bridge in the calculations, and the same spanning tree applies to all VLANs. Therefore, traffic for all VLANs travels over the same path, which does not always provide the most optimal traffic flow. 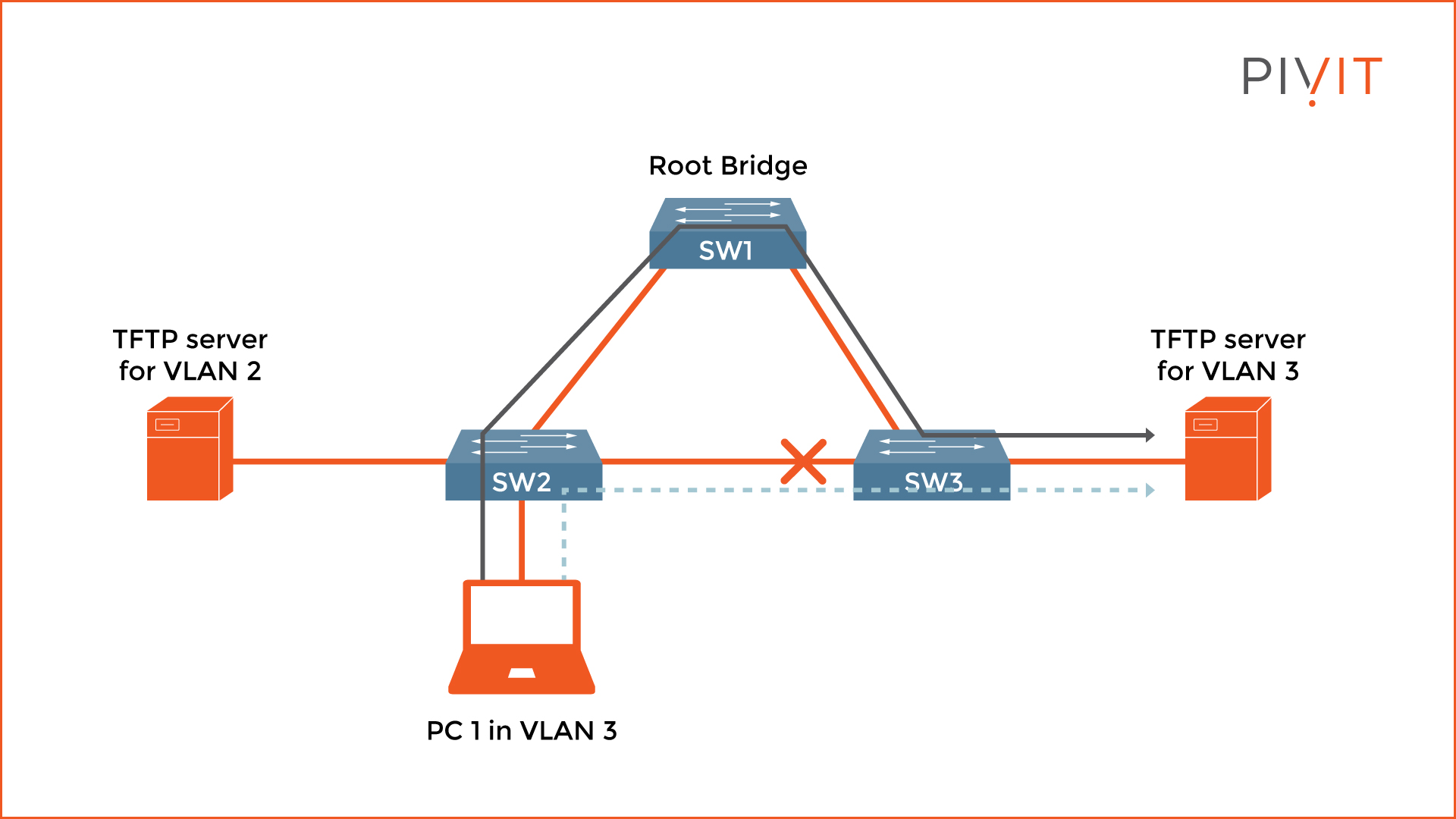 However, on the flip side, fewer CPU and memory resources are required because of the single instance used. Because this is the oldest protocol, it is also the slowest one, with a convergence time between 30 to 50 seconds, which is considered unacceptable today.

As you can see from the image above, PC 1 (VLAN 3) uses a suboptimal path through SW1 (root bridge) to reach the server instead of going directly through SW3.

We make it easy for you to find the switches that will ensure you fix looping issues. Click below for hardware options or reach out to us and share the project you are currently working on.

PVST+ is a Cisco enhancement of the legacy STP that improves the limitations of suboptimal traffic flows. It provides a separate spanning-tree instance for each VLAN configured on the switches. As a result, it allows per-VLAN root bridges, leading to different calculations being performed for each instance so that the most optimal paths are used. 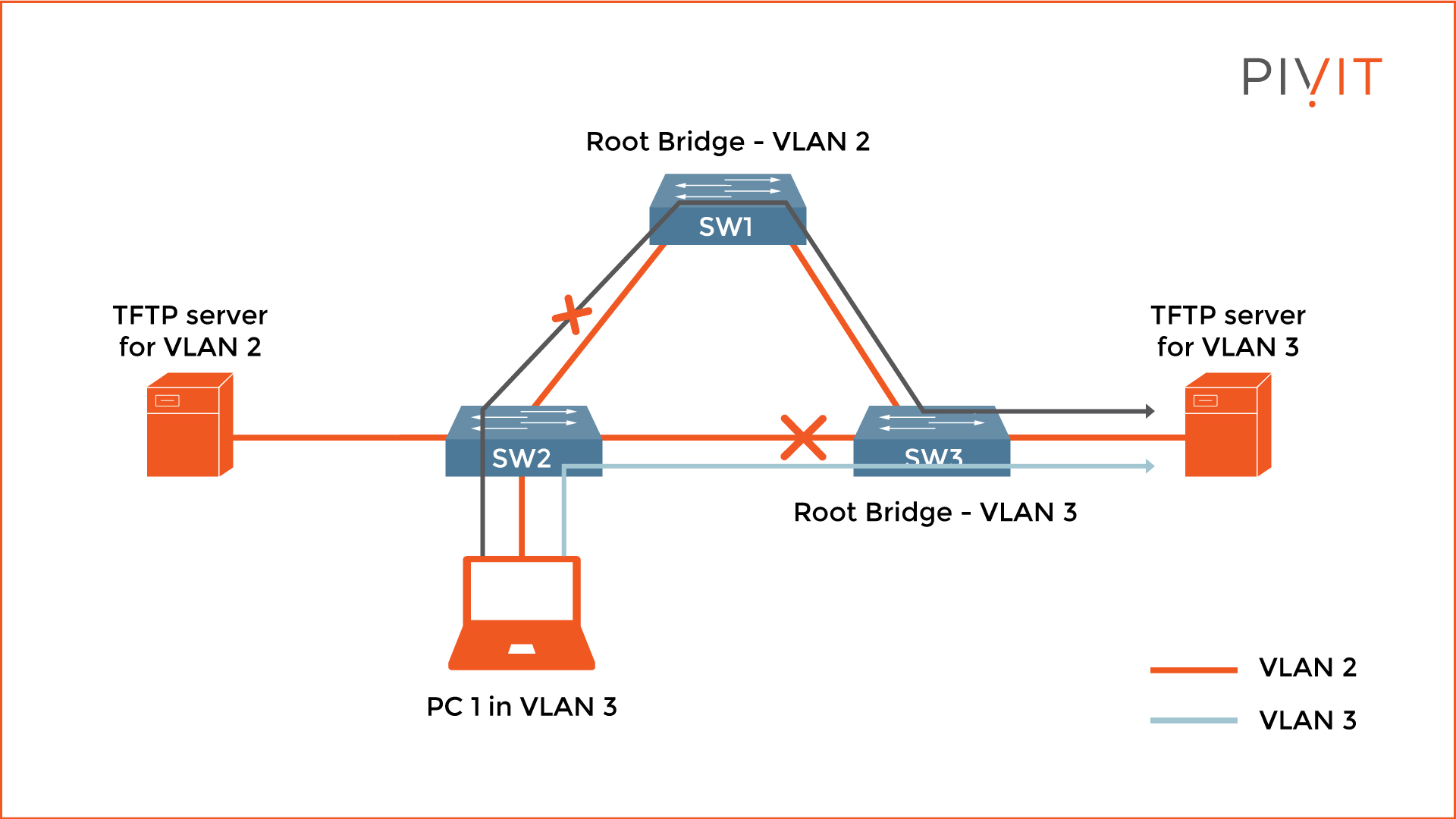 Although the use of PVST+ provides the ability to load balance traffic per VLAN, using an instance for each VLAN increases the CPU and memory requirements. Therefore, you should be very cautious with this STP type.

To overcome the limitations of the PVST+, Cisco developed Multi-Instance STP, which later became a standard STP protocol called Multiple Spanning Tree Protocol. The main goal of this protocol is to reduce the number of STP instances that can lead to full resource consumption when many VLANs are configured on the switches. 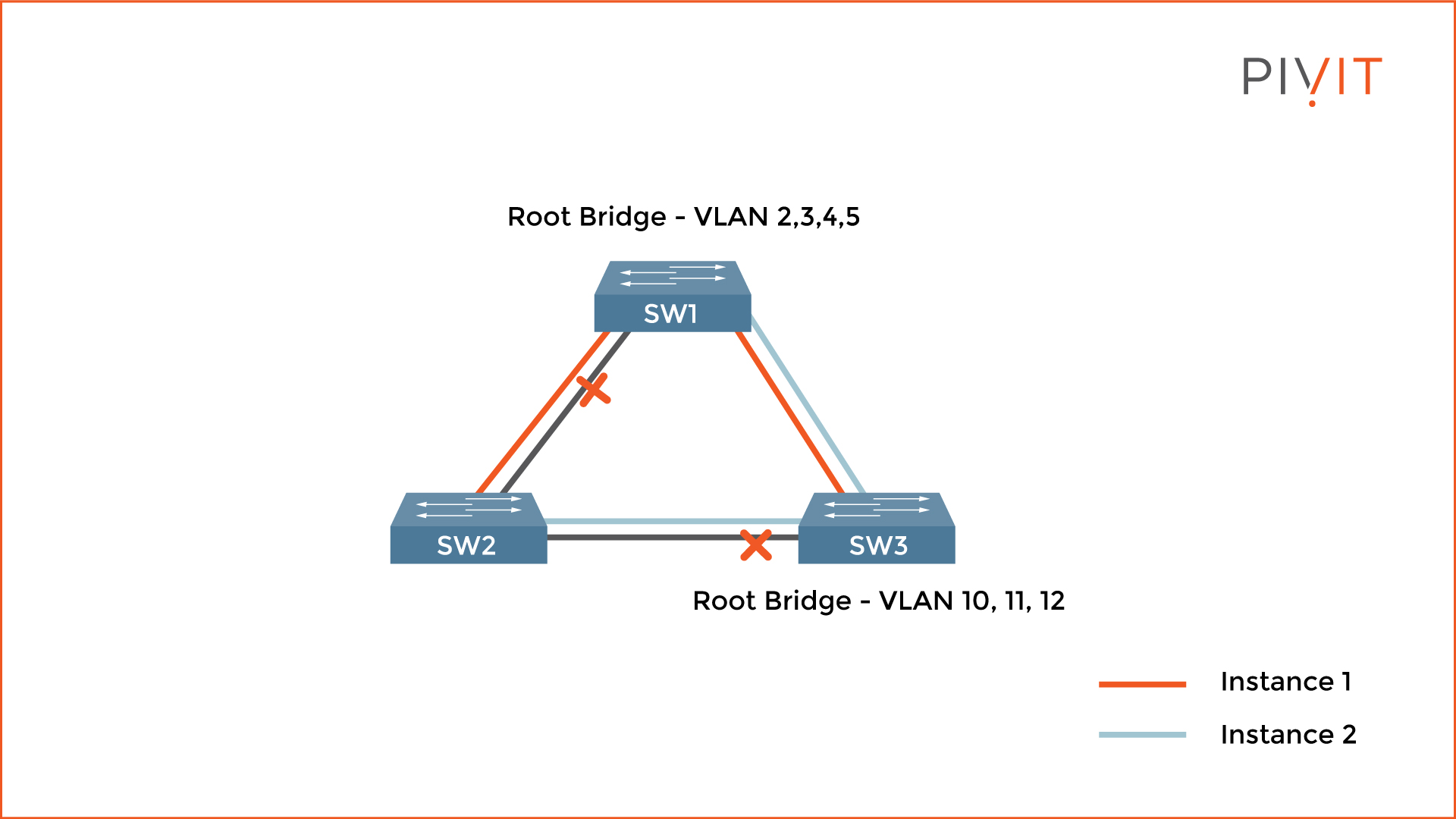 When implementing MSTP on Cisco switches, you can create up to 16 instances containing as many VLANs as you need. Because of this approach, the CPU and memory requirements of MSTP are lower than the requirements of PVST+. Usually, MSTP is used in extremely large networks, such as campuses or service providers, where the number of VLANs is counted in the hundreds or even thousands.

To fulfill the requirements for faster convergence in a network, the Rapid Spanning Tree Protocol was developed. However, RSTP uses only a single instance regardless of the number of VLANs configured on the switches, which leads to suboptimal traffic flow issues.

On the other hand, RSTP provides a much faster convergence time than STP and PVST+, so instead of waiting for 30 to 50 seconds for a disabled port to activate, it needs less than a second.

To overcome the instance limitations of RSTP, Cisco developed the Rapid PVST+ protocol. It combines the convergence functionality of RSTP and the multi-instance approach of PVST+.

This provides optimal traffic flow by using a different spanning-tree instance for each VLAN configured on the switches while converging fast when a port fails. Because of these functionalities, Rapid PVST+ has the largest CPU and memory requirements among all STP variants.

Each one of the STP variants has advantages and disadvantages, but all provide a loop-free redundant topology. Arguably, the most popular STP variant in networks today is RSTP or Rapid PVST+ because of the fast convergence and support for using the most optimal traffic paths.

PivIT's EXTEND offering can step in to augment your team and remote in to configure your gear with expert-level engineers (SmartHands | EXTEND). If you need someone on-site, we have field services ready at a moment's notice.